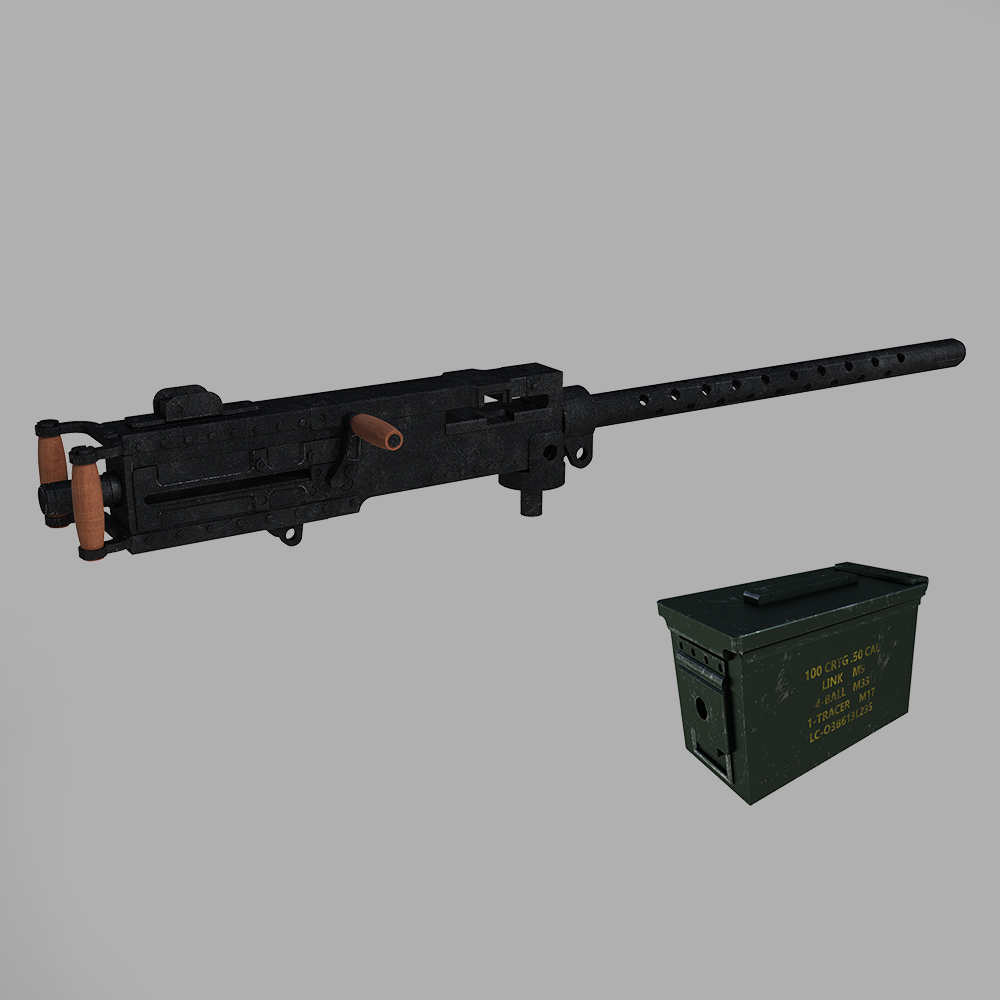 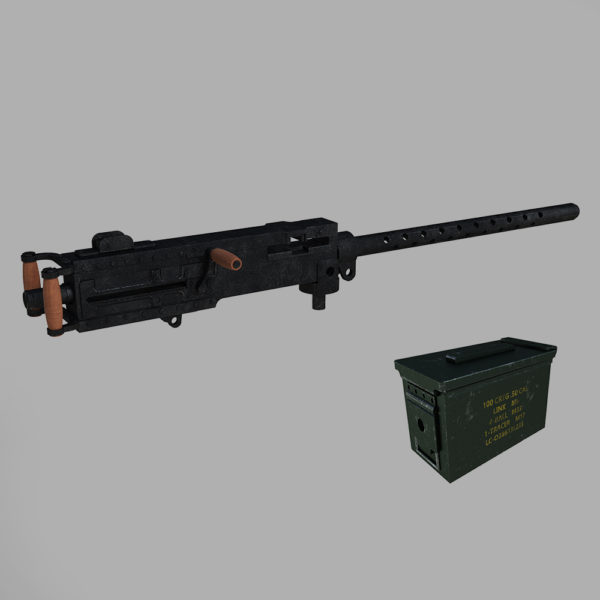 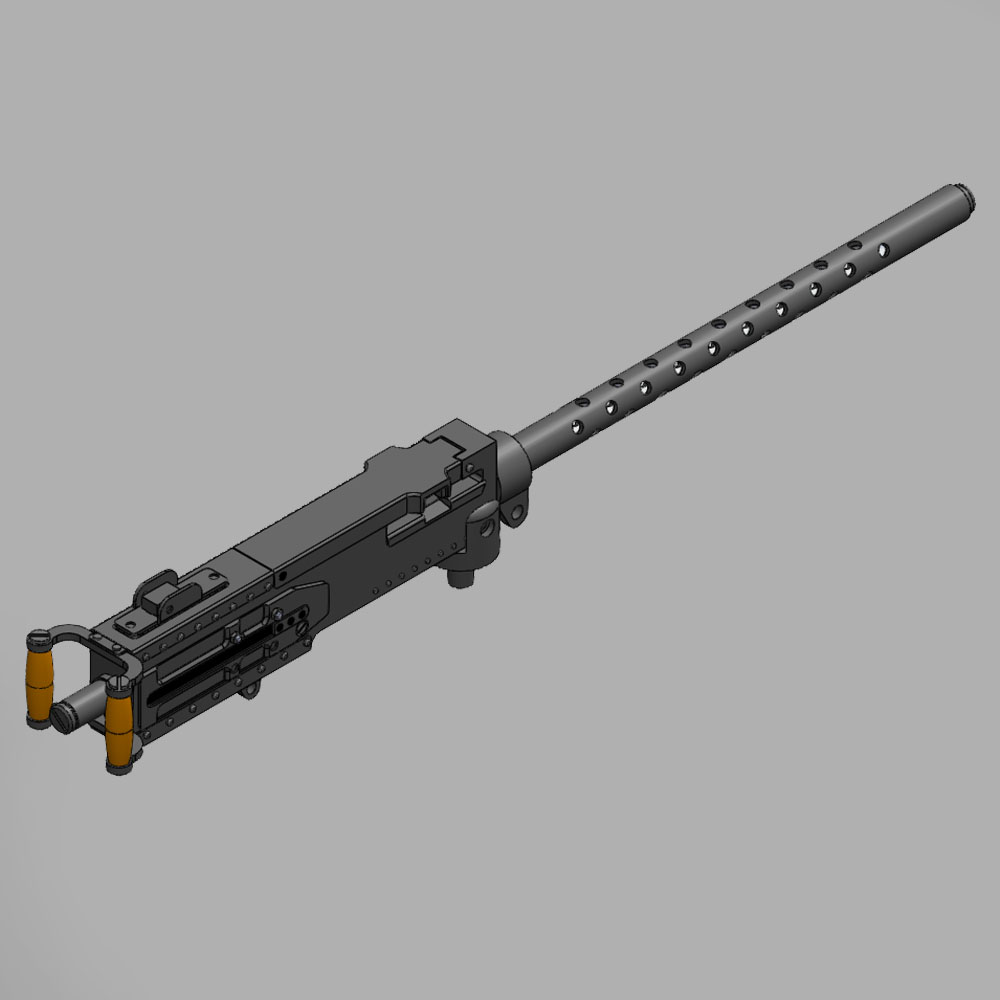 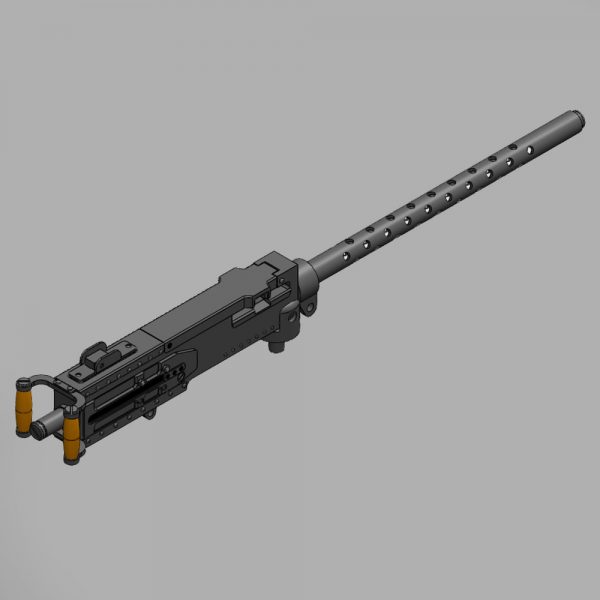 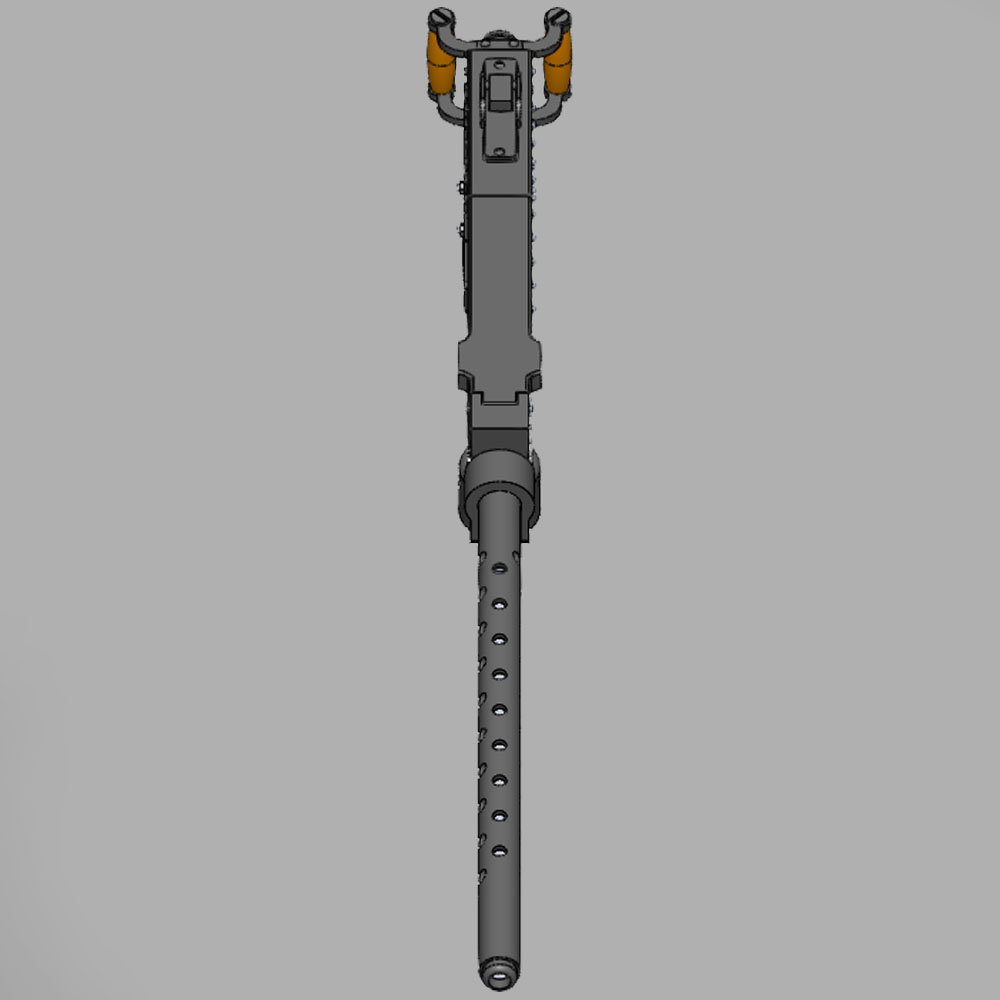 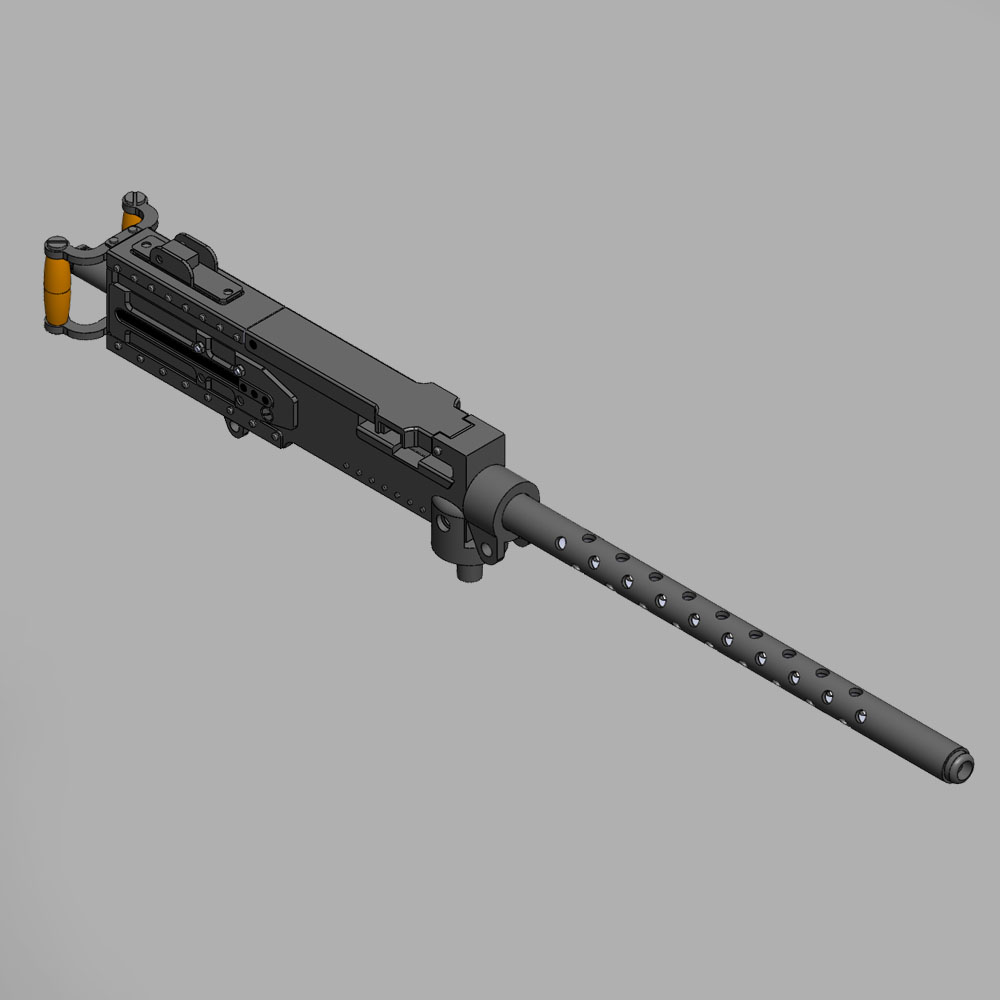 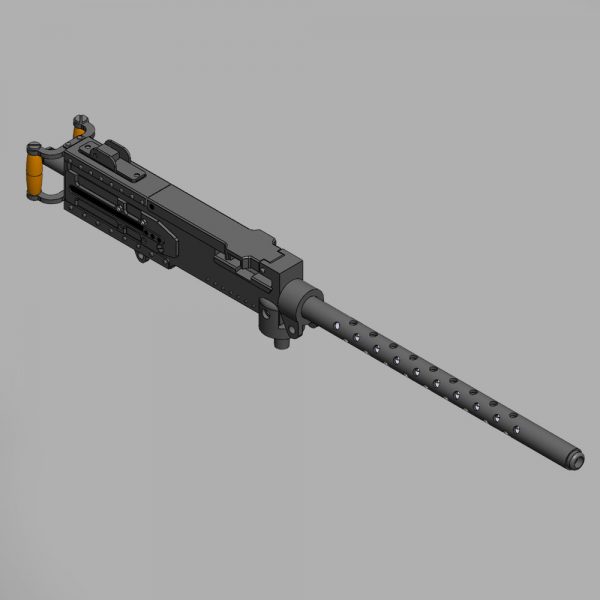 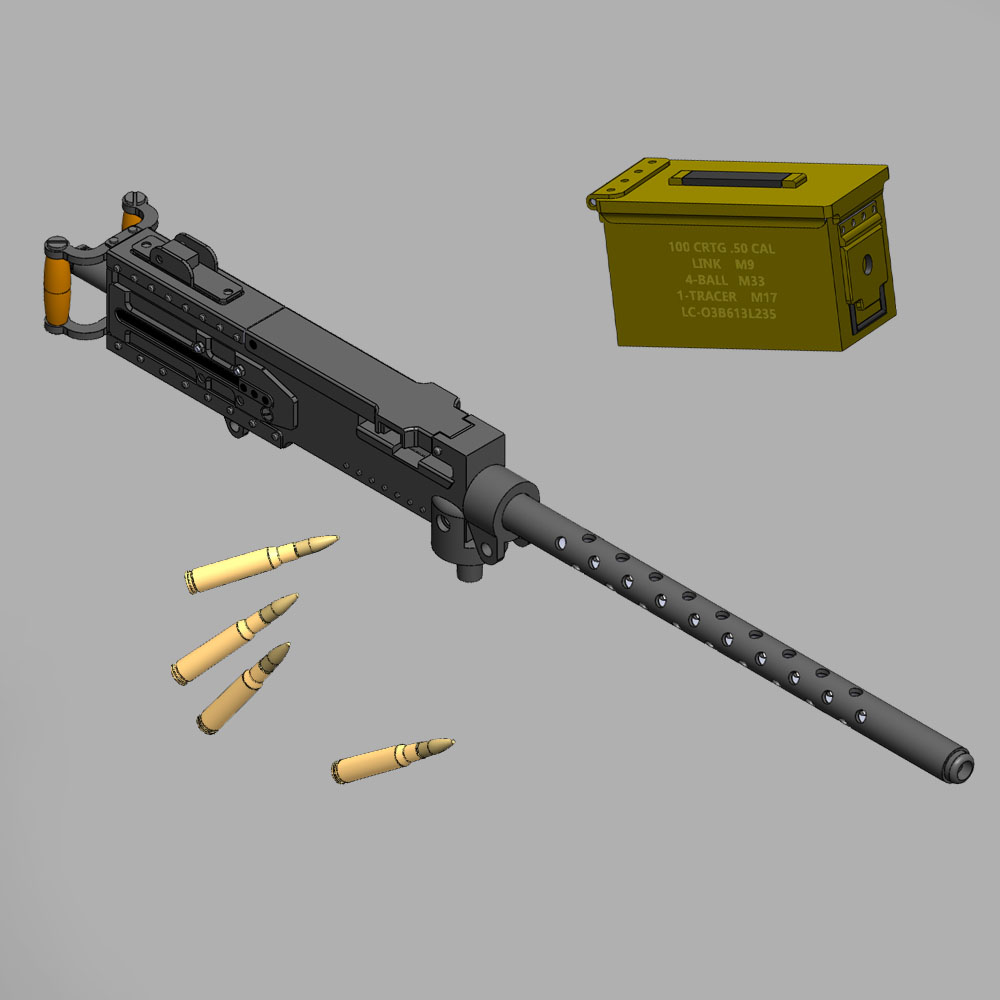 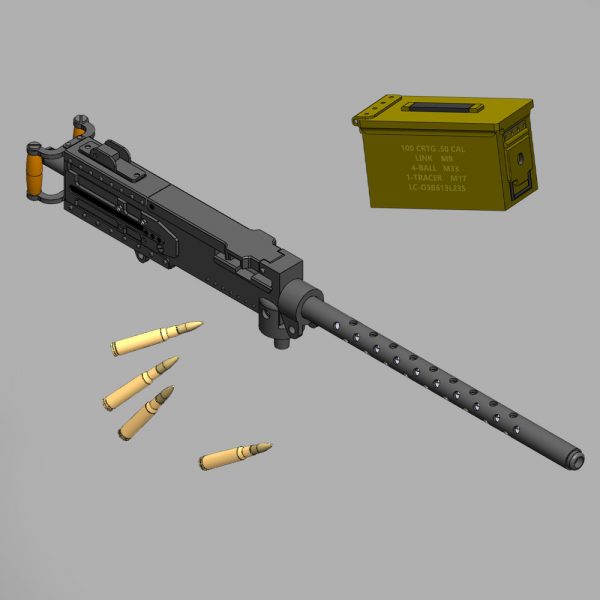 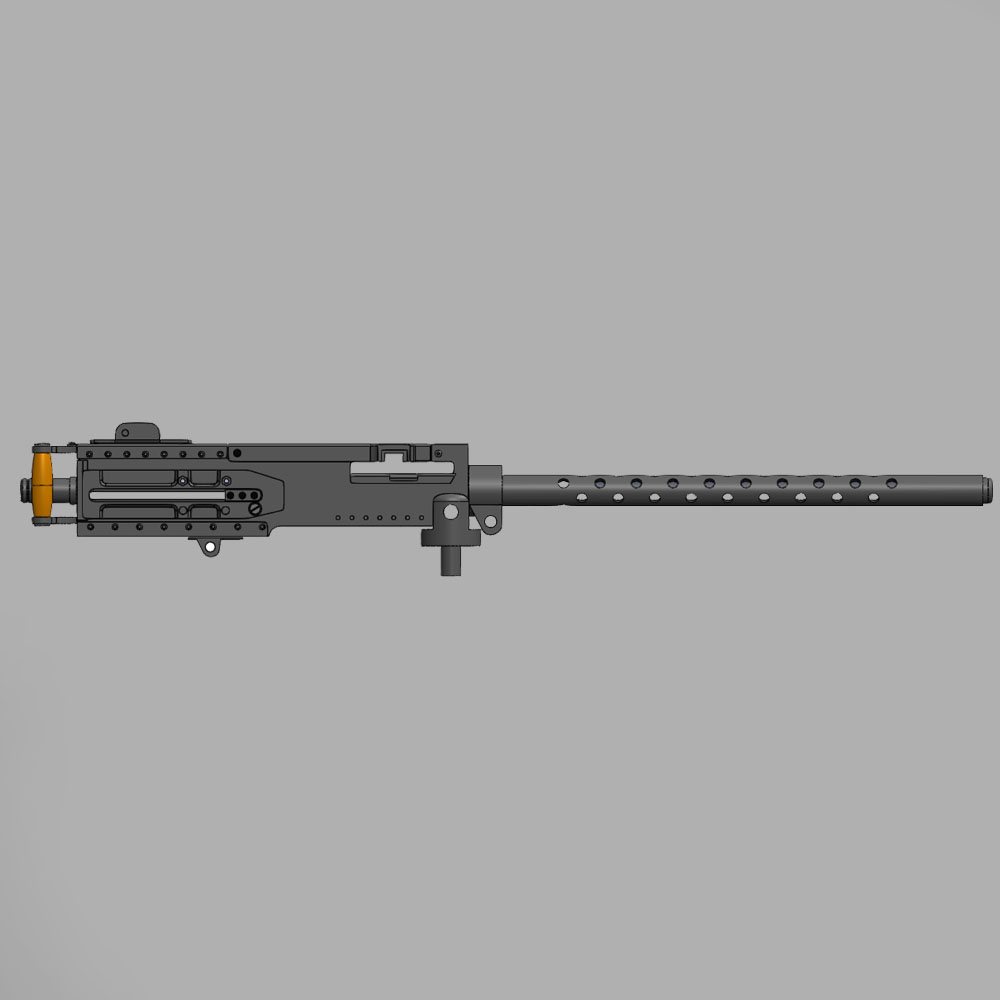 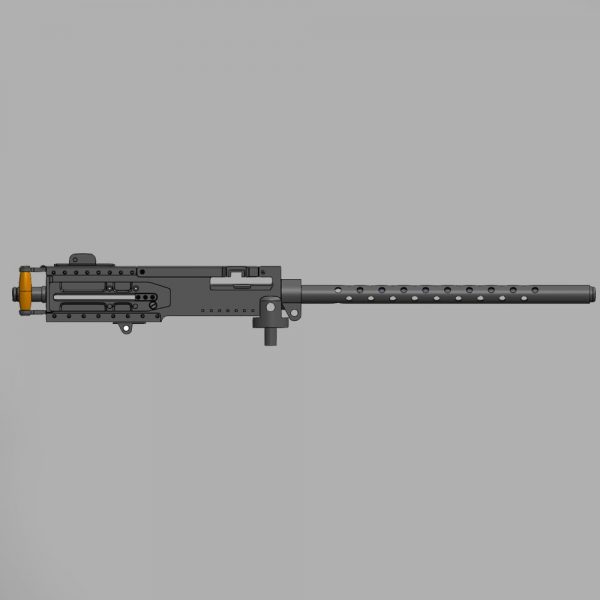 The M2 Machine Gun or Browning .50 Caliber Machine Gun is a heavy machine gun designed toward the end of World War I by John Browning. Its design is similar to Browning’s earlier M1919 Browning machine gun, which was chambered for the .30-06 cartridge. The M2 uses the much larger and much more powerful .50 BMG cartridge, which was developed alongside and takes its name from the gun itself (BMG standing for Browning Machine Gun). It has been referred to as “Ma Deuce”,[6] in reference to its M2 nomenclature. The design has had many specific designations; the official designation for the current infantry type is Browning Machine Gun, Cal. .50, M2, HB, Flexible. It is effective against infantry, unarmored or lightly armored vehicles and boats, light fortifications and low-flying aircraft. The M2 machine gun has been produced longer than any other machine gun.